11 Reasons to Read My Blog. You Won't Believe What Happens Next!

July 14, 2014
The interwebs sure have changed since I started blogging three and a half years ago. As I attempt to rebuild Building Castles on the Beach after basically bypassing 2013 and the first half of 2014, I notice that many of the sites I read and enjoyed before when I was a full tilt blogger haven't posted anything for months or even years, or have even discontinued their blogs altogether. A recent culling of the blogs I officially follow has shown that at least two of my formerly favorite websites have been co-opted by porn. These are blogs I had direct links to in the margins of my own posts. I would be embarrassed if I thought anyone was actually visiting my own site during the time those links would have been active.

The other major difference is the kind of writing that seems to get read on the interwebs. I'm reminded of the commotion in the 90's about the popularity of the "newspaper" (look it up, kids!) called USA Today. It was frequently criticized due to the nature of its short, snapshot articles and colorful infographics filled with empty calories. The "dumbing down" of America was not just Jim Carrey's fault.

USA Today still exists, of course, but now it's surrounded by even simpler sites and blogs and reddits and I don't even know what that last one is. But because I'm a quick study (it's only taken me twenty-some years) I've figured out what it takes to get read around here. And I'm going to start following these guidelines I've come up with all by myself--right after this post, of course. It's already too wordy.

14 Ingredients in Diet Soda That You Didn't Know Were There. Number 9 Will Make You Throw Up a Little in Your Mouth.


Titles: Titles require numbers. Any number, apparently. Those of you raised on Letterman's Top Ten Lists might think that you should use a good, round number, like 5 or 10 or 25 or 100 or, you know, 10. But any number works. Use 9. Or 27. Even 32. It doesn't matter, as long as the readers know how many items they will be exposed to before they click on that link.

Also, titles should indicate exactly what the article will tell readers, up to a point. No spoilers. In fact, the title should be a tease. A good title tells readers that if they click this link they will read about a man who had some really bad thing happen to him, but that something wonderful happened to him next. But DON'T TELL WHAT THAT WONDERFUL THING WAS! Not yet. Not in the title. If the title gave away the store, no one would ever click on the link.

A great title, incidentally, adds an emotional tease. Like how inspiring the thing was that happened next. Or how shocking. How much the reader will not believe what happens next. How much the writer cried. Or how speechless everyone is.

The Number of Words in This Article is Outrageous. Word 156 is the Absolute Worst.


Content: As stated above, I've already broken this rule, but I'm really counting on your discretion. Written content should never be too verbose. In fact, an article should not contain the word "verbose." Each item in the list indicated through your title should only include a few sentences of written language. For instance, this item I've called "Content" is now five sentences, and you've probably already stopped reading.

Something else vital to the written content are links. Lots of links. I'm not sure why, but maybe it's because the writer has written so little that the reader will require more information if they wish to learn anything at all.

A Bear Showed This Couple How to Care for Their Child. This is the Sweetest Video of a Mauling You'll See Today.


Visuals: Video is best. If an article isn't really an article, but just a conduit to someone else's previously published video, with perhaps a vague sentence explaining the grand import to how it has changed lives, then no one really has to read anything.

However, I've noticed that in lieu of a youtube or questionable news outlet video link, two other kinds of visuals will do the trick. Animated GIFs are fun and, best of all, animated. I don't know what a GIF is, actually, but when the dude on the skateboard won't stop hitting his groin on the railing until I scroll past the image, I think I've just seen a GIF.

And if you can't afford the bandwidth for animation, then a simple "meme" will suffice. Find a handsome picture of Ryan Gosling, type "Hey Girl," above his head, and there's no need to actually make a comment on the state of the union or how bad the new Transformers movie is because the meme is "So True."

You Won't Believe What They Allowed This Student to Say in Her Graduation Speech. Liberals Everywhere are Speechless. Some Conservatives Have Been Neutered.


Politics: I've deemed this a very important aspect of internet writing today. When writing an article that will be in any way political, you must be sure to first and foremost alienate anyone who may disagree with you. Begin with an insulting title about those thin-lipped liberals or those stringy-haired conservatives. The insults continue throughout the article, of course, but don't make any kind of coherent, rational argument because that's not what the interwebs are for. You just want to inflame opinions. There is no changing minds. Make your partisan point and get the hell out of there. Let the facebook comments do the talking for you.

Lesson Learned: You won't believe your eyes when you see what's in store for the future of Building Castles on the Beach. Post number 18 will take your breath away.
writing

Popular posts from this blog

A PhD Can Still Be an Idiot (Guest Post) 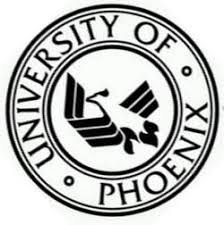 (Apparently my wife has a lot on her mind lately. This is the second guest post from her in less than a month. I'm happy to let her speak her mind here, of course, but you all should let her know in the comments if you'd follow her sage wisdom to a blog of her own.) It's about rebirth and second chances, right? I got my Master’s Degree from the University of Phoenix. To those of you out of touch with the world of for-profit academia, the University of Phoenix is not located in Phoenix. Or more precisely, it’s not only located in Phoenix. They have “branches” all over the place. (At this point they’re more ubiquitous than Starbucks.) But I digress. I freely confess that I enrolled in the University of Phoenix for the meanest of reasons. First, they didn’t require that I pass any annoying graduate entrance exams, obtain letters of recommendation, or write an essay extolling the virtues of their program and my fitness for it. Second, I was aware that they would make
Read more 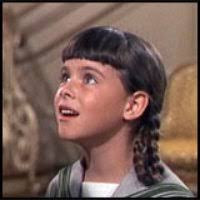 My husband, Brent, has been preoccupied lately with the successes of a few (very few) writers who have self-published their novels. There is a feeling that by self-publishing they’ve somehow subverted the talent-driven system of agents and publishers. To that, I snort though my nose and cry “Hah!” (Blog owner's note: My wife says I've been preoccupied, but apparently she's been preoccupied herself since rewatching the entire season of Smash already this summer. I've offered her the platform of this blog to get some things off her chest.) I don’t believe in the talent-driven system. As far as I’m concerned it’s a myth that we share with others to promote hard work and persistence – it’s the Santa Claus of the creative world. Cute braids require long hair, not a mullet. I lost my faith in this particular Santa Claus when I was 7-years-old and I auditioned for a part in a community production of the Sound of Music . I loved that show. I knew all the songs. I
Read more

Watch this video: It's a European band called Hypothetical Prophets from 1982. YouTube calls this song "Person to Person," but I knew it as "Personal Announcements," featuring lyrics taken from personal ads. This critique of the non-personal nature of modern relationships concludes with a wicked last line (if you can make it that far). The music is minimalist electronica and suffers from the fairly common poor production of the time. And the video images date it even more. But oh, how cool this was for me as an impressionable young lad trying to find himself through music. Back in the 80's and into the 90's, one of Denver's local public broadcast stations (formerly KBDI Channel 12, now Colorado Public Television 12) aired a video show called Teletunes , actually predating MTV's first broadcast. It ran until the late nineties, but by then I was no longer a viewer. It had done it's work on me throughout most of the 80's and I didn't n
Read more