Brent’s busy. I’m busy too, but as his wife I try hard to support him in all of his endeavors. In that spirit, I decided to help out my longsuffering husband, by writing a guest column for his blog.

Since for the past two years I’ve had baby brain, it’s very difficult for me to manage a coherent conversation about anything other than diaper rash and toddler toys. Being aware that these are not of much interest to most people who don’t have baby brain, I’ve stretched myself to the limits to write about something I used to know a lot about – the Oscars.

To be honest, if Brent wasn’t around I probably wouldn’t have watched the Oscars this year. I have developed a profound cynicism about that show that burst like an overstuffed zit in 2004 when Hilary Swank won the Best Actress award, beating out Annette Benning FOR THE SECOND TIME. That night, I said some especially fervent prayers and checked my food storage because I was sure that Hilary Swank winning a second acting award was a sign of an impending Apocalypse.

Alas, I was mistaken. The world went on its merry way, happily convinced that Hilary Swank deserved her second Best Actress award because after all, she had played a female boxer who gets paralyzed and then makes the courageous (read: depressing) choice to ask her manager to kill her because she can’t endure living the rest of her life that way. I’m not sure what appealed to Academy members more – the fact that she was this hot (or not) actress playing a chick who beats up other chicks or that she was an actress who took on the hot button issue of assisted suicide. But having seen both Hilary in Million Dollar Baby and Annette Benning’s nominated performance in Being Julia, I’m actually shocked that those two women were nominated in the same category. Benning’s performance was subtle and strategic, bringing a character to life using her voice, her face, movement, all the tools of her trade. Swank turned in a performance that was notable for its subject matter. I have no doubt that any of a dozen performers could have given a similar performance.

Plus there’s her name, Hilary Swank. It’s just ridiculous and self-aggrandizing. She might as well be Hilary Glamorous or Hilary ChiChi.

That’s beside the point. Really, at the heart of my jade-colored view of the Academy Awards is the conviction that like almost everything else in life, this contest isn’t decided by merit. Time after time we’ve seen awards given to what’s trending. Does anybody really believe that Mira Sorvino really turned in a better performance than Joan Allen in Nixon or Kate Winslet in Sense and Sensibility? Other than for that performance in 1995, Mira Sorvino has neither won or been nominated for another performance. While Allen has been nominated for three separate performances and Winslet has been nominated six different times. (When Kate finally won an Oscar on her sixth nomination, it was for her Holocaust movie, The Reader – more on that later). So why did Mira snooker the Academy into voting for her over these other women? Because she was playing a hooker in a Woody Allen movie. There’s something magical about that combination. It’s like playing someone with a terminal illness or any performance that has something to do with the Holocaust.

Adrian Brody won a Best Actor award in 2002 for The Pianist. Having seen that picture, I would say the most noteworthy thing about Brody’s performance was that his natural expression makes him look pinched and nervous. Of course, watching him sexually assault Halle Berry during the award ceremony might be unfairly influencing my memory of that performance. But was his performance more nuanced and skilled than the performances of Nicholas Cage, Michael Caine, Daniel Day-Lewis, or Jack Nicholson that year? Give me a freaking break!

I could go on and on with examples of films, performances, music that won awards and really didn’t merit them. But you’ve seen it, read it, posted about it on Facebook, all before. You probably have your own personal favorites that don’t include Hilary Swank, Mira Sorvino, or Adrian Brody. Feel free to share those in a comment to this post.

In the end, I’ve done what I do so often in my life when I don’t think things are fair. I packed up my toys to go home. Fortunately, my husband dragged me back to the game this year. For all my snarky asides during the broadcast, I was amazed when Meryl Streep won for Best Actress. In my mind, it made up for a lot. She’s the most talented actress in Hollywood. If the awards were based on merit, she’d win every year – no contest. So to see her win (her 4th out of 17 nominations) shut my mouth. Sometimes I guess they can get it right.
Posted by Brent Wescott at 7:32 PM 10 comments:

Email ThisBlogThis!Share to TwitterShare to FacebookShare to Pinterest
File under: moviehood

How John Swartzwelder helped me get my groove back.

This week I started reading the book The Time Machine Did It by John Swartzwelder. In a weird way he's one of my heroes since he has written the most Simpsons episodes of any other writer. If you're a fan, you can pick out a Swartzwelder episode from the jokes about hobos and old-timey Americana, as well as the crazy non-sequiturs. If you're not a fan, just know that he's funny.

But I've had a strange reaction to reading this novel.

Allow me to sidebar. 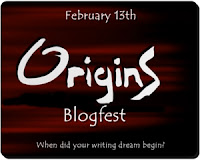 Today is the Origins blogfest. I found out about it from the blog of sci-fi writer Alex J. Cavanaugh. To participate, I'm supposed to write about what makes me want to be a writer or where it all began. The timing is serendipitous because just this week I've been questioning my goals and aspirations and wondering if I even have the time, let alone the fortuity to become successful as a writer. My blog posts have been sporadic at best (my last one was even a bit of a downer), and working on my novel has come to a veritable stand still.

But my wife is a swell cheerleader, and with her coaching and the writing of John Swartzwelder, I got some of my mojo back. Here's why:

Swartzwelder is a notoriously private writer, and I'm assuming that's at least part of the reason he has self-published all of his novels, as you might deduce from close scrutiny of the Spartan covers of his work. But what I get from his book is that he is not the most brilliant writer in the world. Brilliantly hilarious, yes. By all means. It's awesome when you laugh out loud while reading a book, and Swartzwelder offers that in abundance. But sustained reading of his fiction is almost more difficult than suspending your disbelief during a Mission Impossible movie.

Swartzwelder's pacing is so fast you wonder if you're reading the same book you started five minutes ago. His main character, Frank Burly, is Homer Simpson as a private eye: bumbling, lucky, indestructible. And Swartzwelder's command of English grammar is slothful at best. I get that he's writing the comic novel, not "literature," and I've already said it's just boffo. But it's distracting and disturbing when one of your writing heroes doesn't put the period inside the quotation marks.

Which brings me to this: I don't mean to boast, but if I know more about the English language than John Swartzwelder, then I have some kind of a chance. But not if I don't get a-writin'. That's it.

If you're serious and care just that much, you could read the torrid tale that really tells all, from Kindergarten to college, from the drawn-out history posted on my author's website at brentwescott.com.
Posted by Brent Wescott at 3:00 AM 23 comments:

Email ThisBlogThis!Share to TwitterShare to FacebookShare to Pinterest
File under: readinghood, writerhood

Ennui and a Little Love

I have been offered the Liebster Blog award from two fellow bloggers: McKenzie at The Ubiquitous Perspective and TJ at They Won't Get Us.  If I recall my seventh grade teacher, Frau Cathcart, correctly, "Liebster" means something like "Sweetheart" in German. That's sweet, right?

Apparently the Liebster Blog award is to be passed on to blogs with fewer than 200 followers. Perhaps this is what's stoking my ennui this evening because the fact that I fall into that category makes me a tad sad. I've been at this for more than a year now, and it seems like any momentum I might have had has stalled. And every time I look over and see that Networked Blogs widget with my own little icon as my one follower, I get a little more glum. I only decided a couple of weeks ago to put that on my blog space, and I don't know what else to do but have it sit there waiting for some action, but it still reeks of desperation, doesn't it?

I know it's mostly my own fault. In Blogoland, you get what you give, and I've had little time in my life to spread my wings and visit other new places, let alone the places I've been before.

I'm also probably feeling a mite sorry for myself since, even with the prize of a free book, the only person in the whole big blogosphere to take me up on my offer to meme the interweb with my apposite Facebooking was my wife, and she didn't even do it right. Oh, well.

So is anyone else getting the sense that the bloggo fires are down to embers? Is blogging just so two-thousand-and-eleven that people can't be bothered any more? I say this despite the two rounds of bloggy love given this week. Perhaps it's really just me.

Sorry for being negative. Is "The Nearing-One-Hundred-Posts Blues" a thing? 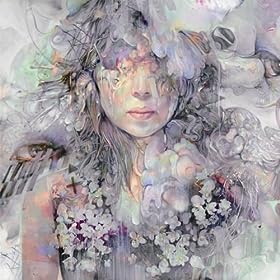 Listen to a little bit of the song "Flare." The video doesn't play the whole song, but it's visual at least. Nifty stuff.